During driving, don't you often find numerous blind spots that cannot be reflected by vehicle's traditional rearview mirror when changing lanes or backing up? Especially when the car is packed with passengers or cargos, the driver's view is often hindered and the rearview mirror seems to be obsolete? Even worse, when there is a child or dog behind the vehicle, the rearview mirror simply cannot see them and thus cause irretrievable grief? Argus has heard your voice and developed this revolutionary "electronic mirror" to solve this over-century issue!

This hybrid rearview mirror system is designed to eliminate the blind spots of any traditional rearview mirror, displaying instant images captured by rear camera, providing full and wide-angle views of the back of vehicles.

《Argus is not driving recorder, those are just afterward evidence provider but cannot prevent accidents beforehand.》
《Argus is not only backup camera system, those can only display limited single view during low speed driving.》
《Argus is the only comprehensive full-screen rear display system that can work under fast driving as full rear image display mirror or backup display system to help preventing accidents, safe guarding you and your family.》

Argus is world's first and only FHD full-screen display mirror system. Due to thousands of accidents directly or indirectly derived from blind spots and limited visibility of traditional rearview mirror, it is the core mission of Argus to assist drivers to "see" dangers and "avoid" accidents. Through innovative designs and advanced technologies, Argus has solemnly become the "Driver's Guardian".

Argus family had experienced a severe accident over ten years ago. Because of a motorcycle riding on the left rear blind zone of the car, family was not able to spot the motorcycle's fast approaching, thus collided when making a left turn. The motorcyclist was thrown off the motorcycle and landed heavily onto the ground causing death. Although it was not the legal responsibility of Argus family due to motorcyclist's own violation of traffic rule, riding on the prohibited fast lane. However, it still became a moral sufferance to the Argus family, not only monetary wise but also a long-term post trauma.

Later on, Argus could not stop to think from time to time, why such a hundred-year historical mirror that has so many blind spots never had a significant evolution? Was it lack of technology breakthrough, or a matter of legal definition? Coincidentally, the US National Highway Traffic Safety Administration passed a regulation in March 2014, mandating all new vehicles since May 2018 must be equipped with some type of rear vision camera system to enhance backup views in order to reduce inadvertent back-over casualties. Therefore, since regulation will no longer be an issue, then it was time to come up with an effective product that could truly improve and prevent accidents.

Argus thus gathered a group of industry elites, after two years of innovative development and rigorous testing, finally introduced the world's first and only FHD full-screen electronic display rearview mirror system, equipped with ultra-wide viewing angles as well as super high clarity that can eliminate nearly all rear blind spots, providing total safety for you and your family. 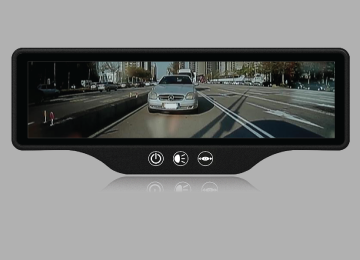 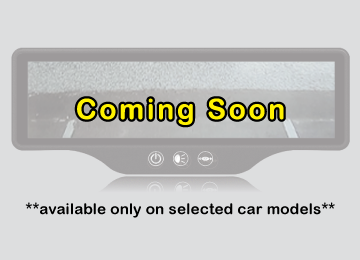 1. Why is Argus the "Driver's Guardian"?

【A】：Argus can provide exceptional wide-angle and clarity that a traditional rearview mirror cannot. It eliminates all the rear, left, and right blind spots, assist drivers to be completely in control of their vehicle back conditions, preventing accidents. It's like a guardian with hundred eyes.

2. How is Argus different from backup camera system?

【A】：Backup camera system can only be utilized for backing up image display under low speed, and mostly with single viewing angle of poor resolution quality. However, Argus can provide 3 different view-mode switching of far, anti-glare, and near to suit driving conditions, not to mention its real-time FHD image display even under fast driving .

3. Is Argus a driving recorder? Why is Argus needed if there's already a recorder?

【A】：Argus is not a driving recorder which is used for recording events during driving. Its primary function is to act as evidence proof to accidents when occurred, but cannot assist drivers to see better to prevent accidents. Argus can provide and improve rear views under fast-driving, thus decreases the chance of accidents.

4. There is no such similar product in the market, is it safe to use?

【A】：Yes, Argus is rather a new and revolutionary product. However, car makers such as Cadillac, Nissan, and BMW have already equipped e-mirror as standard specification in some of their new models. However, they can only provide one HD rear view angle of around 60~100°, versus Argus has 3 viewing modes of 180° ultra-wide angle with exceptional FHD clarity.

5. Why is Argus relatively expensive?

【A】：By comparing with driving recorders, Argus is definitely higher priced. However, based on Argus functions, performance, quality and composition, especially its utmost purpose of accident prevention, yours and your family's safety is priceless!

6. How does Argus achieve its 2-second rapid booting? Is it because of using car battery or already built-in battery?

【A】：No, Argus completely understand the worries of depleting car battery or the danger of battery exploding under high heat. Therefore, Argus does not use either one as standby power. With its proprietary IC and designs, Argus is directly connected to fuse box and gets disconnected immediately upon turning off ignition.

7. Argus is composed of mirror, LCD panel and system board. Would it be too heavy to be supported by the rearview mirror hinge, thus kept on bowing down during driving?

【A】：No, Argus will provide proprietary hinge made to endure its weight and suited for your specific car model. It does not jitter a slightest bit even under rough driving.

8. Can Argus be used under raining days and still be clear?

【A】：Yes, you may still use Argus during raining days. The rear camera has waterproof and anti-dust treatment with IP68 rating , thus no matter sunshine, rain or snow can effectively perform. However, due to the heaviness of rain, there might be temporary adhesion of water drop to the camera lens under fast driving. It is recommended to switch to traditional mirror view under such condition.

【A】：When purchasing, it is required that you provide your car information such as car maker, model, and year, in order to send you with the compatible hinge. However, if by chance does not fit, Argus will exchange until it works or refund you completely if truly no available hinge.

10.Can I install Argus on my own? Is there an installation video?

【A】：It is highly recommended to be installed by a professional technician to prevent risk of electrical shock. Nevertheless, there are installation guide and user manual included as directions, and the installation video is under making which will be released in the near future. 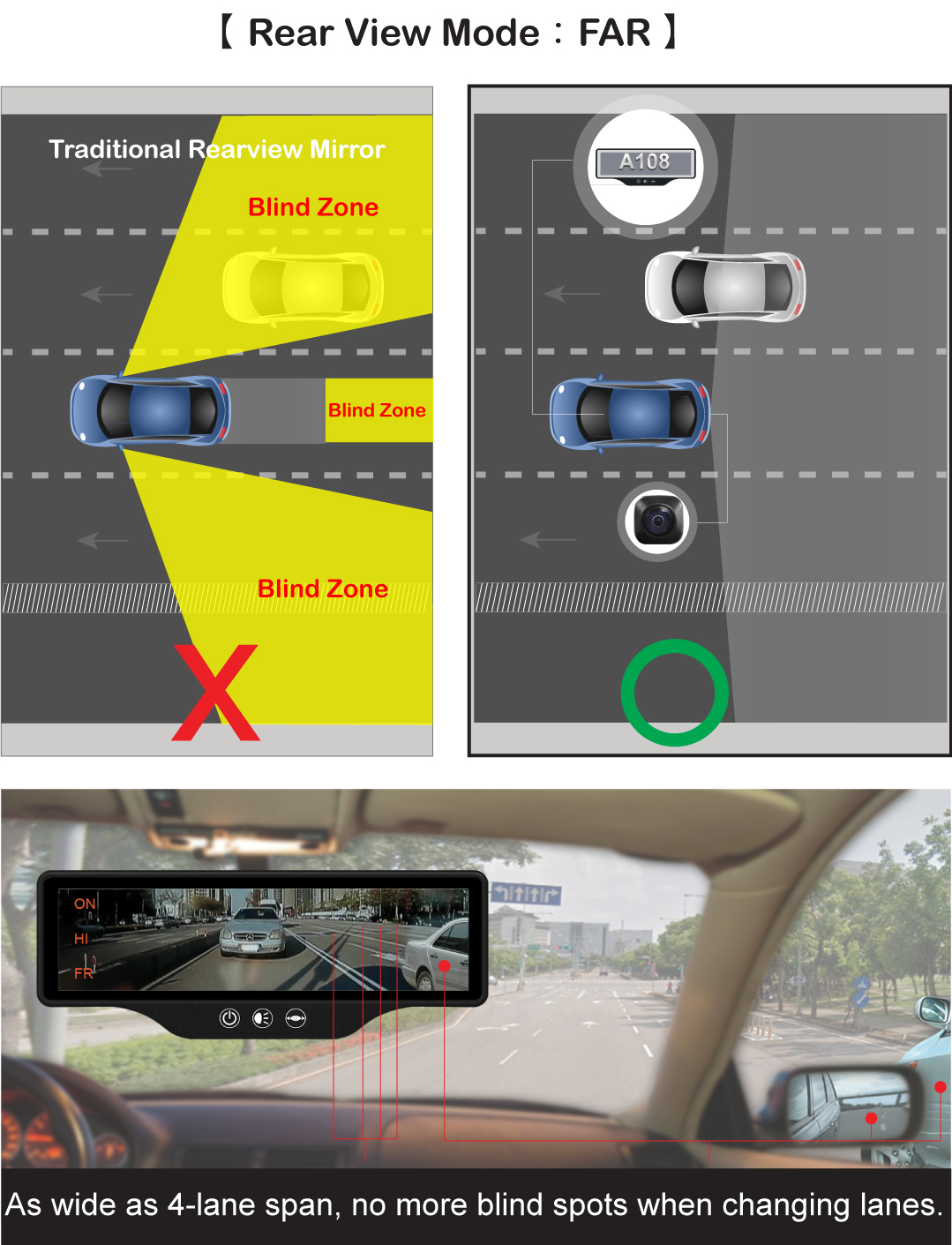 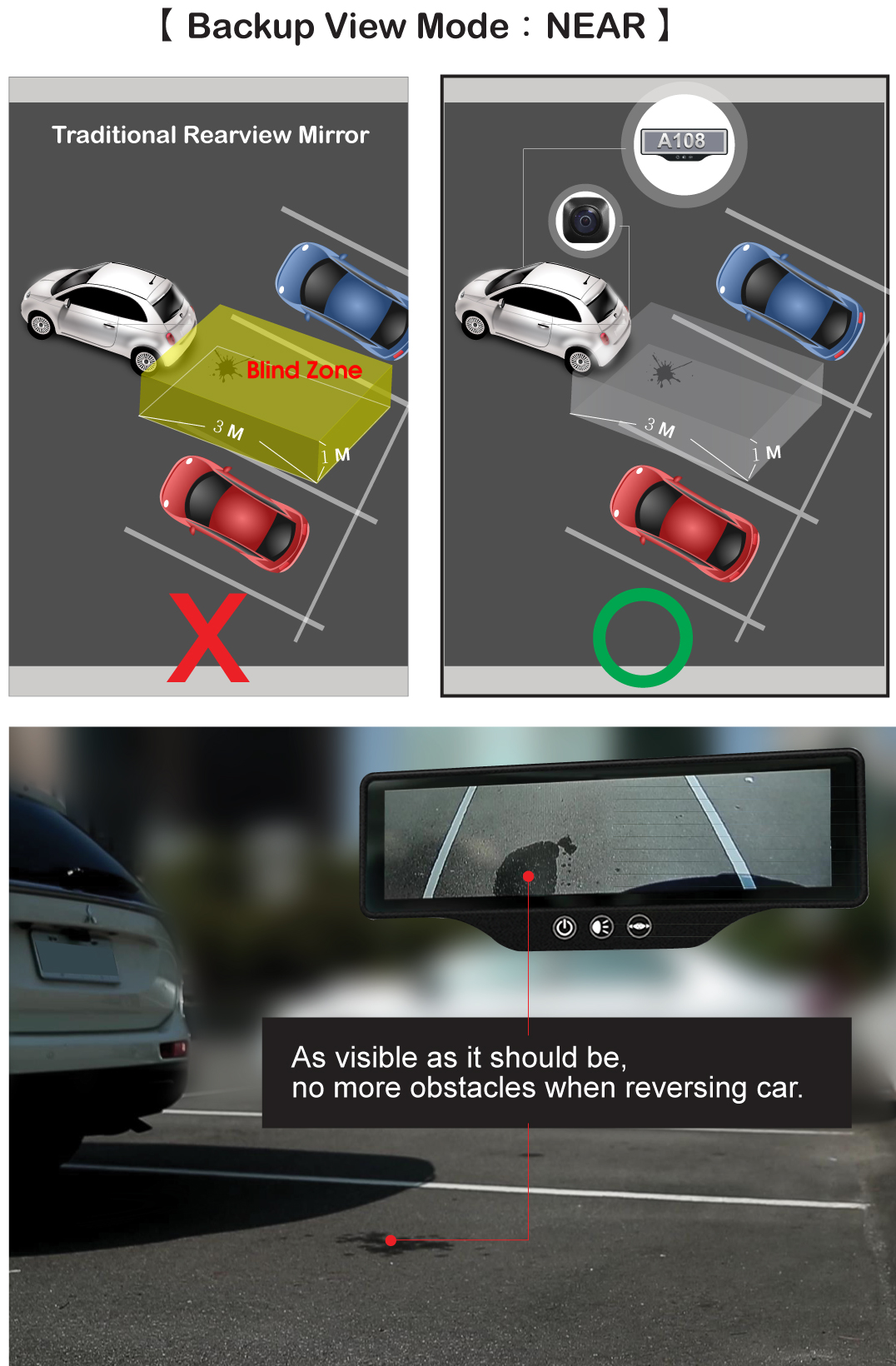 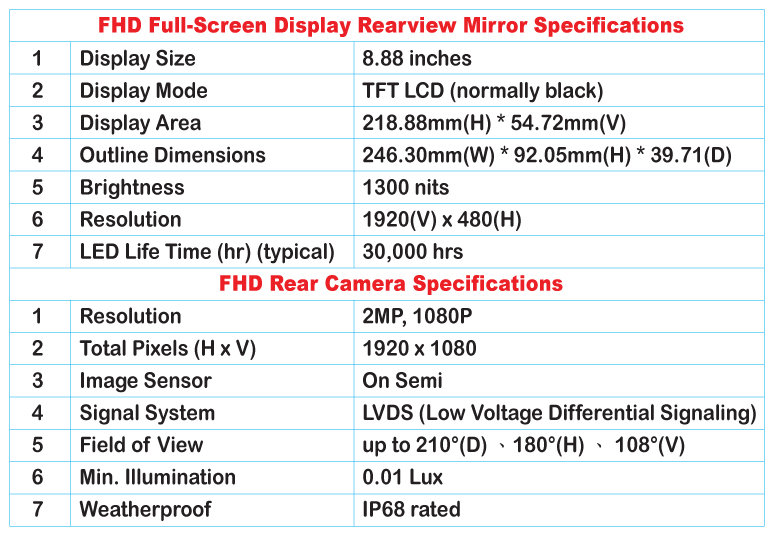 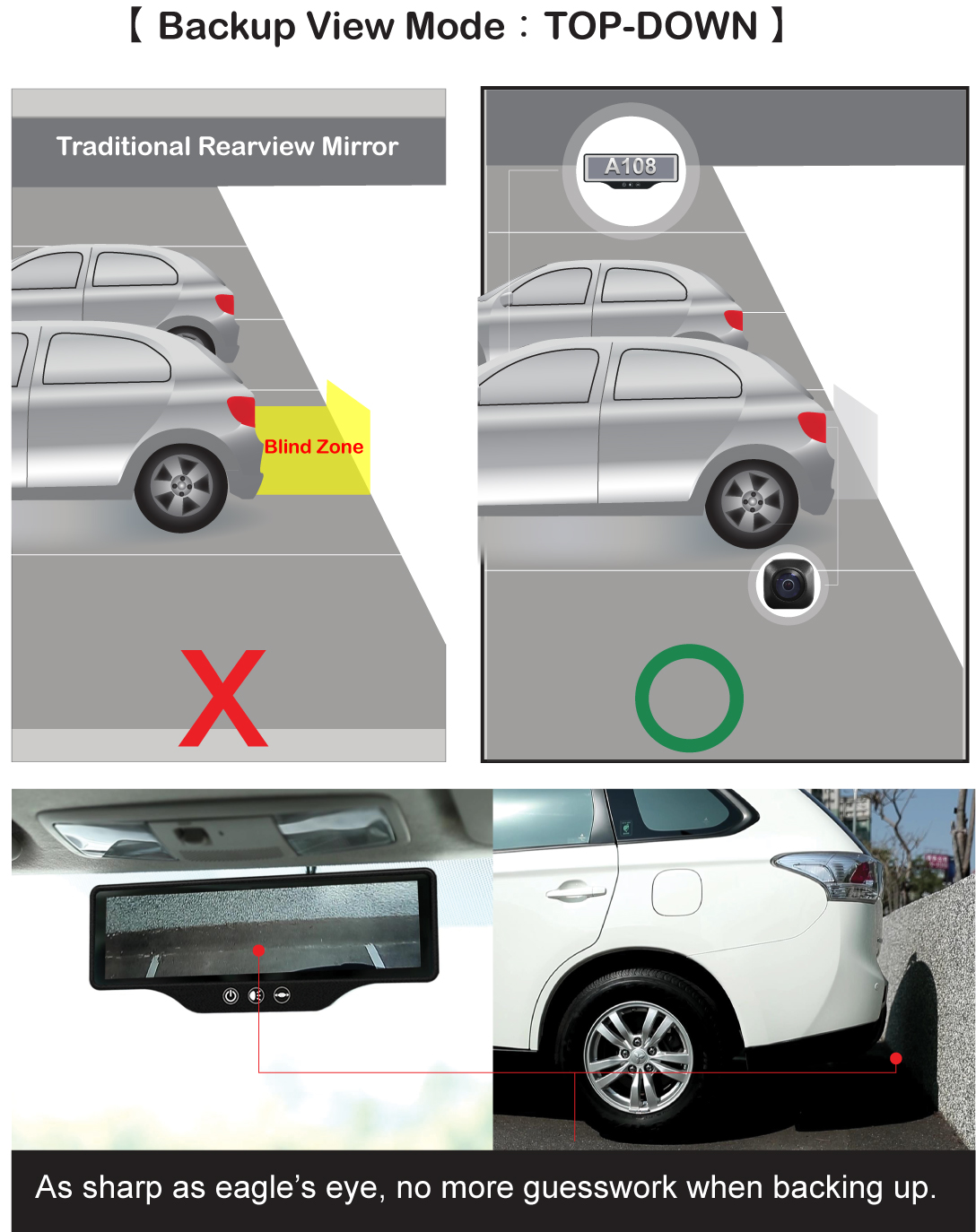